The role of pollinators in plant species
diversification in the Greater Cape
Floristic Region, South Africa

The question of why there are so many species is one of the most fundamental in biology. Species richness has been correlated with 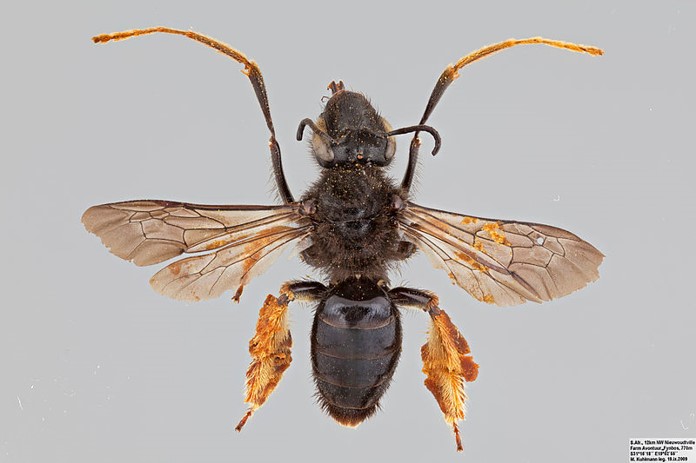 paleoclimatic stability, energy and water availability, geological diversity, and fire regime (niche diversity), but the study of the actual mechanisms that have created the diversity is in its infancy. A feedback loop of increasing specialization in plant-pollinator mutualisms has been proposed as a potential mechanism driving plant diversification, but examples of species that are actually in the process of divergent evolution linked directly to plant-pollinator specialization are rare.

South Africa is one of the hottest biodiversity hotspots in the world.  The country covers 2% of the global terrestrial surface, but is host to 5.5% of global invertebrate diversity and 10% of global plant diversity, 32% of which is endemic. Our research focuses on Rediviva oil-bees (Melittidae), and their Diascia oil-plants (Scrophulariaceae) from the Greater Cape Floristic Region of South Africa. Diascia plants produce oil in a pair of floral spurs which the Rediviva bees collect with their forelegs, and it is thought that the oil is used to waterproof the bee’s underground nests and perhaps provision their brood. Interestingly, there is co-variation between Rediviva foreleg length and Diascia spur length. This is observed between species, such that long-fore-legged Rediviva species appear to specialize on long-spurred Diascia species, but there is also co-variation within species. Our collaborator Prof Michael Kuhlmann from the Zoological Museum of Kiel University has found that foreleg length of a single Rediviva species and spur length of a single Diascia species may be significantly shorter at one site, and within a few hundred meters, be significantly longer. These differences in spur and fore-leg length within species suggest that the populations are genetically distinct, but Diascia plants exist in patches separated by distances shorter than the Rediviva bees’ estimated flight 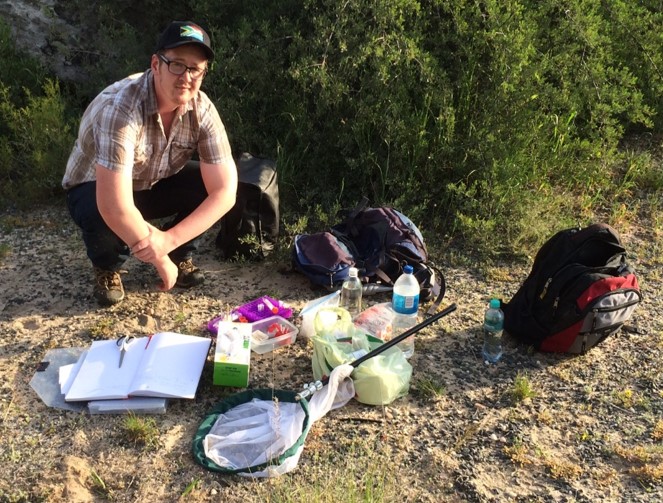 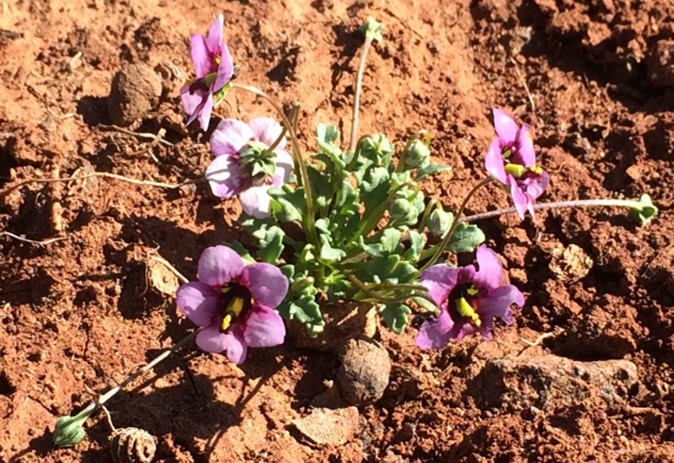 Our approach involves three stages.  (1) The first was to sample individual plants from as many spatially distinct Diascia patches in the study area as possible and then, based on ddRAD genetic sequencing, map the spatial genetic structure of the study populations.  This analysis allows us to delimit genetically distinct populations across the study area. (2) The second stage was to collect pollen loads off of individual Rediviva bees in the study sites. The pollen loads will be genetically sequenced at DNA regions that have been found to be useful in distinguishing one population from another (‘population genetic informative regions’). This will allow us to identify which specific patches of Diascia the individual Rediviva bee visited during a single foraging trip. (3) The third stage of the analysis will be to overlay the foraging patterns discerned from the pollen data on an ecologically and geologically explicit map of the study area to identify geological or ecological features which are correlated with high or low pollinator movement frequency and may encourage or limit Rediviva movement between Diascia patches. 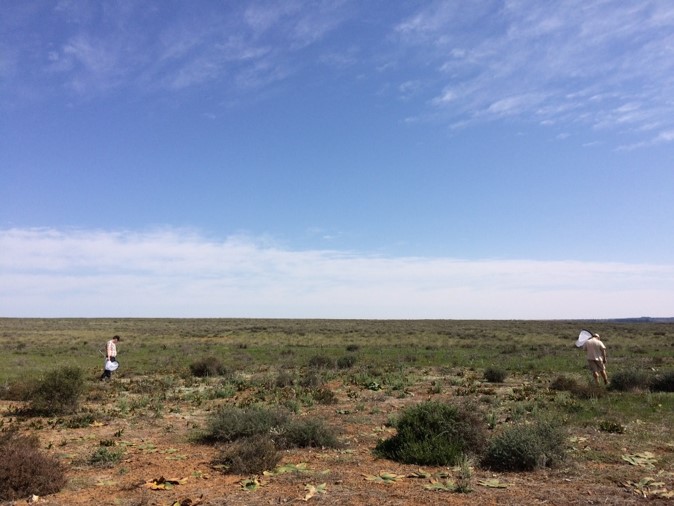 The results from this study will feed into a larger research program of understanding how landscape scale ecological and geological features influence pollinator behaviour and foraging patterns. The overarching goal is to provide empirical data that will support evidence-based land management and conservation, and help to protect pollinators and the plants they pollinate.

The grant from the Eva Crane Trust provided a stipend for Aaron Westmoreland to work as a research assistant on the project, joining the field trip to South Africa and undertaking the lab work and analyses associated with the samples collected. Aaron gained invaluable training in field techniques for the study of wild bees, bee identification, and genetic data analysis.

This project is also supported by the Gatsby Charitable Trust and the British Ecological Society.

We would like to sincerely thank the Eva Crane Trust for their generosity in supporting our research.