Past, Present and Future Prospects

Chairman, Richard Jones reports on his recent trip to the Greek Island of Andros which aimed to promote beekeeping and bee history.

the Island of Andros is available from Northern Bee Books). Apparently that book had shown others – local politicians, beekeepers and commercial organizations - that interest in the history of beekeeping had an international following and that this could offer potential tourist and commercial development. George’s book shows the rich heritage in bee boles and bee houses but there is also the industrial archaeology of water mills, wind mills and pigeon houses which abound on the island. Add to this the usual charms of a Greek island and a well-marked and maintained network of footpaths and there certainly is potential for topic related tourist development.

It seems as though the Trust has been the much needed catalyst for this and I was treated as an honoured guest visiting many of the sites recorded in the book. For the workshop the little theatre in the main town had standing room only as people came to hear the 16 speakers. My task was to give some background on the Trust and a brief history of how beekeeping developed in the islands. This I did by using Dr Crane’s material which was up-dated with recent developments.

Touring the island I was able to visit a variety of beekeeping sites, including a Bee house east of Gavrio (picture, below left). This was only revealed when all the surrounding vegetation was destroyed by fire in November 2016. Bee boles can be seen in the two terrace walls, while at the top of the picture a traditional field wall shows a building technique that would have been easily adaptable for bee boles. 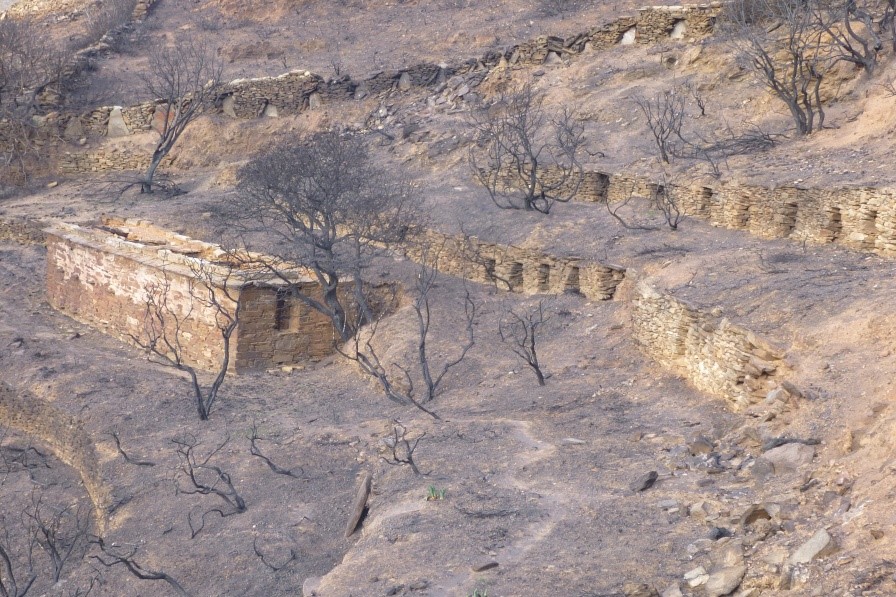 Three bells, two plastered skeps, 2 woven skeps as yet uncovered, an upright cannon and a smoker in the small museum at Apatouria. 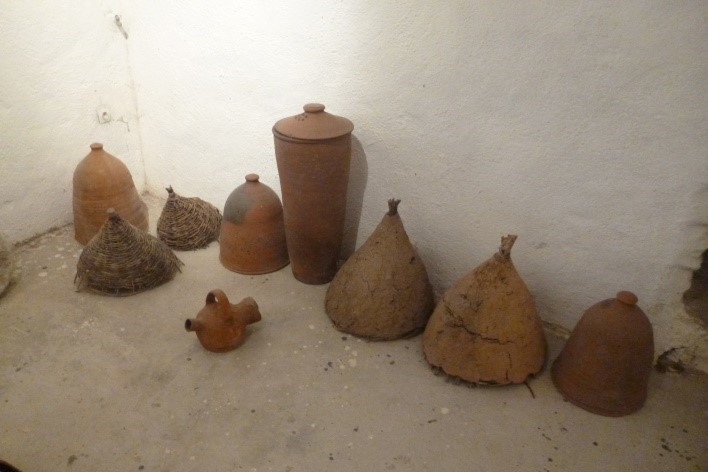 My thanks go to Dr Fani Hatjina and George Speis for arranging the workshop as well as my travel arrangements and to the friendly, helpful people of Andros.