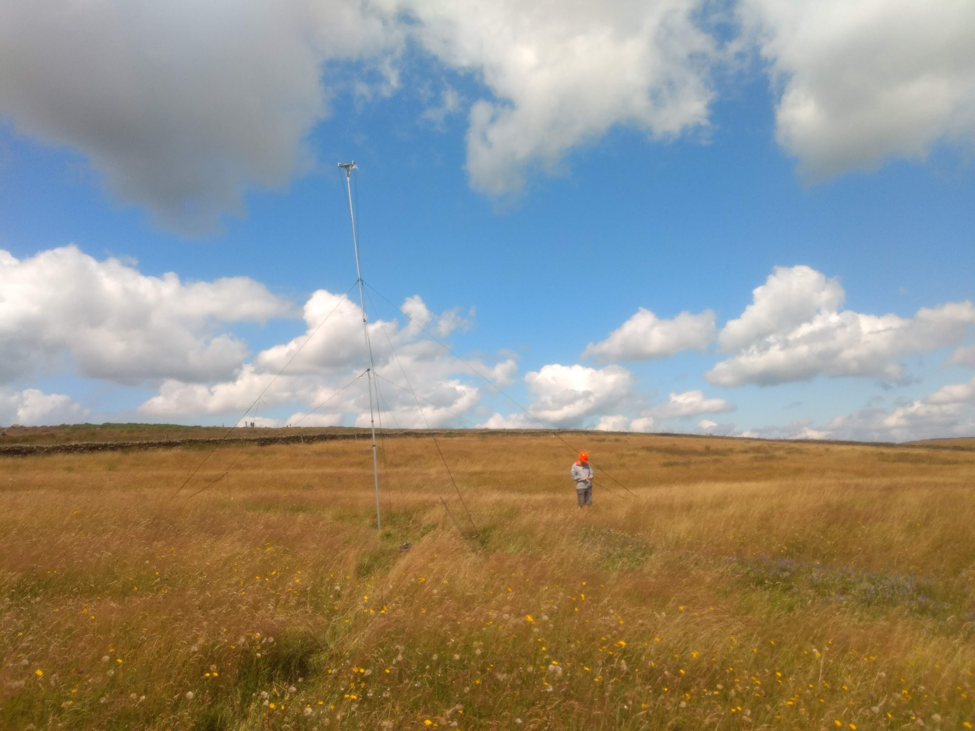 Michael Livingstone and the mast at the field site.

The work funded by the Eva Crane Trust is currently ongoing, with another field trial planned for the Summer of 2020.

Understanding a bee’s foraging behaviour is important for conservation (Dramstad, 1996) and, for example, understanding habitat fragmentation (Ellis et al. 2006). Unfortunately, researchers studying bumblebees are currently unable to track the bee’s movement outside the nest without the use of prohibitively expensive harmonic radar tracking systems. Proxies for bee tracking include mark-at-nest and reobservation-in-field to estimate their range but this method is likely to require “a huge team of observers to search for bees” (Goulson, 2010, p87). For example Saville (1993) only reobserved seven bees even though 200 were tagged. Our method also could be used to tag and follow workers back to the nest. We will try to use this in our project for investigating nest-densities and nest-site preferences and for supporting our foraging analysis. 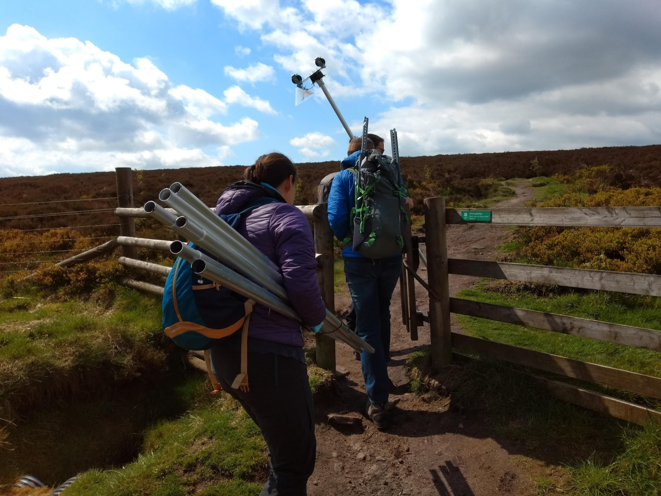 Since 2016, we have been testing and refining a system for tracking bees. The system consists of a camera, flash and small computer, originally suspended from a tethered balloon, but now mounted on a mast. The researcher captures bees and glues retroreflective dots (about 2x3mm, <5mg) onto its thorax. The tracking system takes photos from its aerial location, with and without the flash, and the onboard computer aligns the two images and subtracts them. The reflective tag appears as a bright point in this comparison image. Repeated photo pairs allow the tag to be tracked across the landscape. We were able to track a wild tagged male B. terrestris as it returned to a foraging site after tagging.

The project was largely on hold until, in the spring of 2019, we were able to improve the system and test it with a real bumblebee nest thanks to the support of the Eva Crane Trust. First we refined the fast-chilling field-tagging method which allowed us to tag 50+ bees from a commercial B. terrestris audax nest. Most of this tagging work was conducted by PhD student, Michael Livingstone. Second, we were able to build a mast and rotating platform to mount the system on, allowing us to scan the field-site for several hours at a time. The mast improved over the balloon system by allowing the camera to remain stationary between photos which turned out to be important for the algorithmic improvements we are now developing. Third, we were able to experiment with different hardware designs in an attempt to reduce the cost of the system for future researchers. 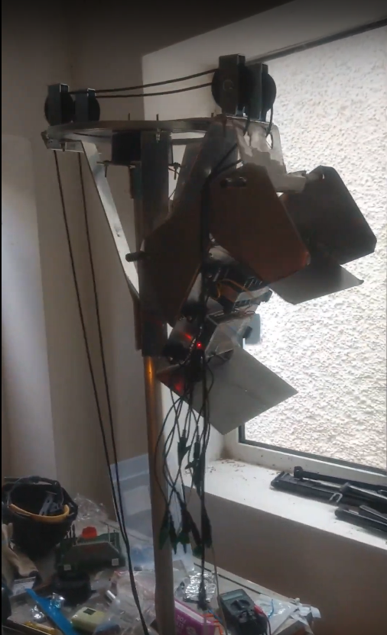 We discovered over the summer that the algorithm itself was the limiting factor. The project is ongoing with two students (Isaac Hill and Chunyu Deng) using the Eva Crane Trust funded hardware to collect data. This they are using to develop and refine the algorithm. In particular to filter our false positives typically caused by moving flowers and butterflies! The previous algorithm simply compared the flash and no-flash photo, but by combining multiple photos taken over time, the false-positives can be removed. We will be able to test these improvements on a real nest again over the summer of 2020. The literature suggests that the ease of our reobservation of the male B. terrestris was due to the tagging being at the forage site (Dramstad 1996).

We will place masts (with tracking systems) at different distances from the nest of tagged bees. The systems will automatically detect tagged bees in an area of one to two acres each. This provides a mechanical equivalent to the “huge team of observers”. This allows the foraging range to be quantified. Once this initial demonstration is complete, refinements to the system to extend its range and capabilities are planned.

We are very grateful to the Eva Crane Trust for their support.