This project aimed to investigate pollen and gut microbiome diversity in eight native Irish Apis mellifera mellifera apiaries in the South East (6) and the West of Ireland (2) over the course of one year to investigate associations between pollen and bacterial diversity with respect to the health and fitness of the colonies.  Pollen provides important nutrients to bees particularly important during development as well as the contribution of intestinal and other biochemicals, and microorganisms.  The gut bacteria of honeybees in turn is remarkably stable and are also important in nutrition via contributions of intestinal enzymes, conversion and preservation of pollen, and also in disease resistance.

As part of his PhD research the Eva Crane funds allowed Keith Browne to purse the following questions: What seasonal pollens are used by Irish honeybees? Does pollen selection differ between environments, and between apiaries and colonies with similar access to resources? Can inadequate pollen affect colony fitness? What is the gut microbial community of Irish bees and how does it vary between locations, apiaries, and colonies? Does the microbial community change in response to changes in pollen availability and in the presence of Nosema?

Bee samples and pollen were collected from three colonies from each of eight apiaries over a period of 12 months. After filter-cleaning and bead beating, DNA was extracted from pollen subsamples. Similarly after sterile sampling of honeybee guts and bead beating total genomic DNA was isolated from the guts of five honeybees per colony. A next generation sequencing approach was used to sequence a portion (V4 region) of the 16S ribosomal RNA gene from the gut bacteria and the ITS-2 from pollen to establish diversity of pollen and microbes. Resulting sequences were checked for quality and trimmed using bioinformatics software with the help of collaborators from Germany (Dr Alexander Keller’s laboratory, University of Wurzburg) and compared to those available in the public databases. While the data is not yet fully analysed the pollen data reveals that few plant species were identified at high pollen abundance (Fig 1) with ivy being the most common pollen returned followed by Brassicas, Rubus and clover.  All of the expected bacterial groups were recovered from Irish honeybees with a higher diversity reported in bees that were heavily infested with Nosema. The preliminary results were presented by Keith at EurBee 2018 in Ghent, Belgium. We plan to finish analysis in Dec/Jan for publication in 2019. Keith will finish his PhD in early 2019 and will have 2-3 chapters primarily funded by the Eva Crane Trust to whom we are very grateful. 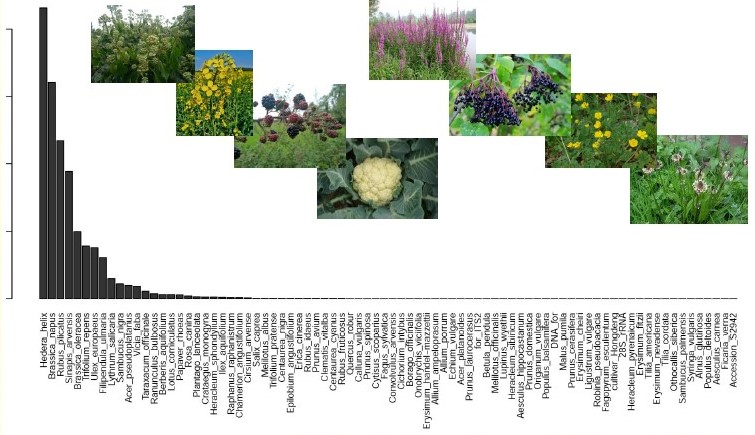 Fig.1:  Relative abundance of pollen utilized by Irish bees over all samples and time points.

The preliminary results were presented by Keith at EurBee 2018 in Ghent, Belgium. We plan to finish analysis in Dec/Jan for publication in 2019. Keith will finish his PhD in early 2019 and will have 2-3 chapters primarily funded by the Eva Crane Trust to whom we are very grateful.