DoPI: The Database of Pollinator Interactions

DoPI: The Database of Pollinator Interactions

The Database of Pollinator Interactions (DoPI) now contains over 200,000 (and counting) British pollinator-plant species interactions and associated metadata. The database was funded by the Eva Crane Trust and the British Beekeepers Association and was designed and curated at the University of Sussex by Dr Nicholas Balfour, Prof Dave Goulson and Dr Maria Cala Castellanos. DOPI was curated by the hard work of 12 undergraduate and postgraduate students and the accompanying website constructed by Dr Chris Johnson and Prof Andrew Philippides. The database will be hosted on the University of Sussex website: https://www.sussex.ac.uk/lifesci/ebe/dopi/  or  https://www.dopi.org.uk/  .

The Need for a Plant-Pollinator Database

Insect-flower interactions are vital to maintaining agricultural output and global biodiversity, with an estimated 88% of flowering plants and 35% of crops depending on animal pollination to varying degrees1,2. However, as I'm sure you're aware, there remains significant concerns about the declining populations of many pollinators, and we have now lost over 40 species of British bees, wasps and butterflies3. While many potential causes have been identified, decreasing floral resources (chiefly nectar and pollen) is considered a key factor4,5.

Understanding pollinator-plant interactions is, therefore, vital to optimising: (i) conservation strategies for both plants and pollinators6; (ii) agricultural pollinator management7; (iii) research priorities8; (iv) ecosystem function management9; and (v) beekeeping practices. However, despite the importance of pollinating insects and Britain's long and unique history of documenting plants and pollinators, there have been few attempts to construct a bring this information together in a single resource10. 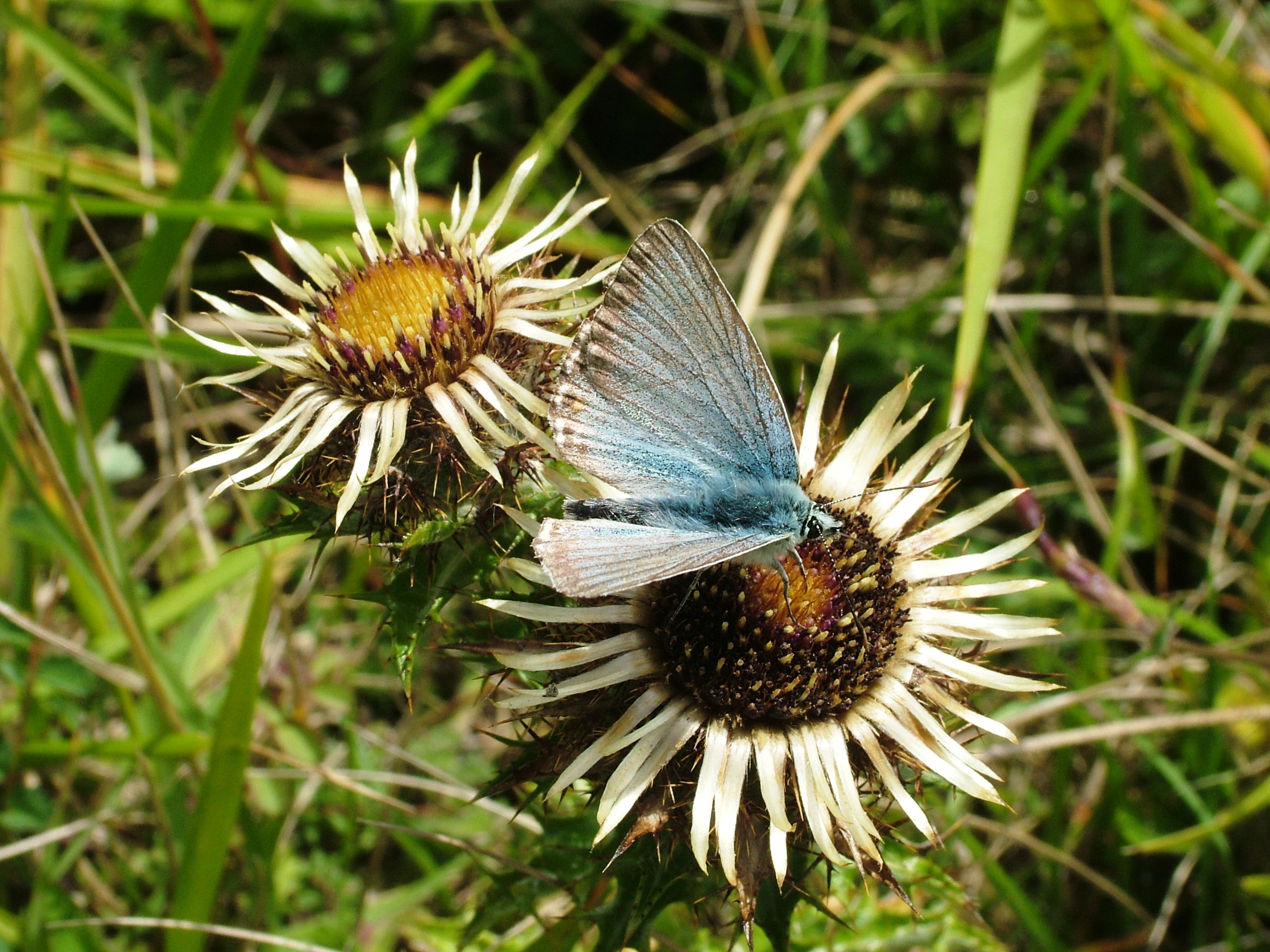 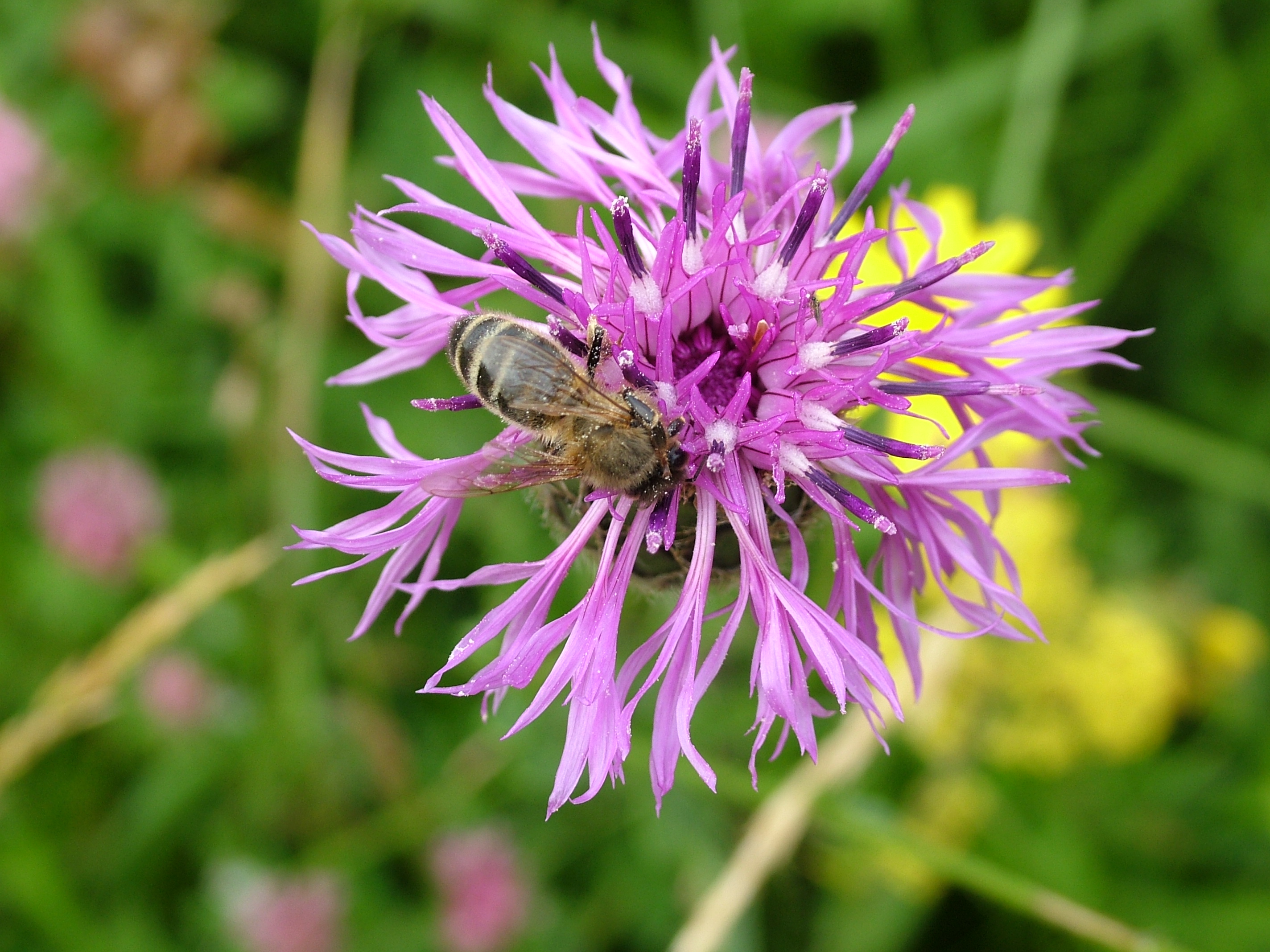 In 2018 we received funding from the British Beekeepers Association and the Eva Crane Trust to begin building the database. We began with a systematic review of the scientific literature and requested unpublished datasets from researchers and organisations. We then hired a team of undergraduate and postgraduate students to collate records of interactions between British plant and flower-visitor species (or genera), together with associated metadata (date, location, habitat, source publication), where available. We followed the taxonomic classifications of the National Biodiversity Network (https://nbnatlas.org/). We also classified each record in terms of the strength of evidence that the floral visitor was a pollinator (rather than a flower visitor), to allow users to collate data if their analysis requires proven pollination, and whether the pollinator species was reported to be collecting nectar or pollen. Each record in the database is associated with a source publication (author(s), year, journal details, DOI, URL), allowing users to refer to the original literature/author for further information and to check for errors, if required.

More than 300 publications were identified as containing suitable data. These publications range from 1867 to 2019, however the majority are from this century (89%; 2000-2019). Currently (October, 2020), DoPI contains >56,000 records, 81% of these include the number instances the interaction was observed. In total DoPI details over 200,000 interactions. The majority of these are at the species level, for both plants (93%) and pollinators (87%). These include records from 1,433 pollinator species and 645 plant species, totalling >10,000 pairwise species interactions. Bees feature in approximately half (49.8%) of all DoPI records. Despite this, Diptera are the most specious flower visitor order in the database (590).

The database contains more than 100 papers and datasets containing honey bee interactions. As you may expect, Apis mellifera has been recorded visiting more plant species (279) than any other pollinator species in database. However, several bumble bee species followed closely behind, notably Bombus pascuorum and Bombus terrestris. The plant species with the greatest number of sources (i.e. scientific articles and submitted datasets) recording visitation by honey bees are listed below (Table 1). Interestingly, seven of the ten species are considered agricultural or garden weeds11 and two of them are classed as injurious weeds (Senecio jacobaea, Cirsium vulgare) by the Weeds Act (1959) and Ragwort Control Act (2003). The large dataset in DoPI indicate that these plants are in fact key species for honey bees and, indeed, beekeepers. Indeed, we found a similar pattern across all pollinator species; something to bear in mind next spring when it is time to ‘weed’ our gardens.

Table 1 List of plant species in the Database of Pollinator Interactions with the greatest number of sources
(scientific articles and submitted datasets) recording visitation by the honey bee (Apis mellifera).

DoPI aims to collate data from the scientific literature and unpublished datasets across Britain. But, we also hope to include other countries and publicly generated records in future years, if funding can be secured.  A broad range of analyses are possible with DoPI, and we hope this will stimulate other researchers and stakeholders in the environment sector to use the database. We also hope that this resource will provide useful for gardeners, conservationists, governmental departments, beekeepers, agronomists and hobbyists.

This project would not have been possible without the grants awarded by our funders, the hard work of the data curators, and the data kindly contributed by researchers and organisations. We hope that others will submit their records to the project and welcome data from any, regardless of format and size.

2. Klein AM, Vaissiere BE, Cane JH, Steffan-Dewenter I, Cunningham SA, Kremen C, Tscharntke T, 2007. Importance of pollinators in changing landscapes for world crops. Proceedings of the Royal Society of London. Series B, 274, 303-313.